Ready for a showdown in Lafayette?

Cajun Field at Our Lady of Lourdes Stadium will be the site for the 4th Sun Belt Conference Championship Game (2:30 pm CST, ESPN) on Saturday as the #20 Louisiana Ragin Cajuns and Appalachian State Mountaineers will do battle in the title game for the third time.

“There’s a mutual respect (between Louisiana and App St). This is the seventh time we’ve played them in four years.” said Louisiana head coach Billy Napier, who also said this will be his final game on the sidelines for the Cajuns before departing to take the same position at Florida.

“This place (Lafayette) has done a lot for myself as well as my family” said Napier.

The Cajuns (11-1, 8-0 SBC) will look to have a repeat performance of the last time Louisiana and App St (10-2, 7-1 SBC) met in October, as the Cajuns won the contest 41-13. Since then, the Mountaineers have been a much different team, reeling off six straight wins and outscoring opponents 240-86 in that span. App St will also have Cam Peoples against the Cajuns, who missed the last matchup with an injury. Peoples brings a different dynamic to the Mountaineer offense, so Louisiana will certainly have their hands full with Peoples, Noel, and Brice, as well as Jalen Virgil, Thomas Hennigan, and others.

Defensively, D’Marco Jackson is the alpha male of this group. The Sun Belt Conference Defensive Player of the Year (103 tackles, 5 sacks, 1 forced fumble) will have to get this App St defense focused on this high-powered electric Cajun offense. If Jackson can be the leader he’s been known to be, along with Shaun Jolly and Demetrius Taylor, look out for the Boys from Boone.

For Louisiana, it seems to be business as usual, even if the news of Billy Napier going to Florida looming around the complex. Levi Lewis will walk down the Cajun Field tunnel for the final time as well, ending an illustrious career in the Vermillion and White, leading Louisiana in career passing touchdowns and second in passing yards. When asked about the impact Napier has had on Lewis’ career, Levi was sentimental: “It’s been life-changing”.

Lewis also understands the emotions that come with a game like this, but he said he’s not concerned with that aspect.

“We’ve got to try and bottle up our emotions; not get too high or too low. We need to execute and play ball”.

Chris Smith is the leader of the rushing attack, making SBC First Team as a running back and an all-purpose player. Freshman Montrell Johnson Jr has been the talk of that group as well, as he was named the Sun Belt Freshman of the Year this week.

Defensively, Louisiana will be led by their “Big 3” in the front seven: Ferrod Gardner, Lorenzo McCaskill, and Chauncey Manac. These three, along with Zi’Yon Hill, Percy Butler, and Mek’hi Garner will look to disrupt Chase Brice, the Sun Belt Newcomer of the Year, just like they did six weeks ago, forcing Brice into three turnovers.

This game is going to be special for many reasons. First, it’s a conference championship. These are the games where legends are made. These game turn good teams into powerhouses and give these universities the opportunity to show out in front of a national audience. Also, these games mean a lot to a city’s economy. Lodging, restaurants, stores, and other local businesses see a big spike when out of town fans come in for these championship games, so it’s important to keep these games at school sites rather than a neutral site. 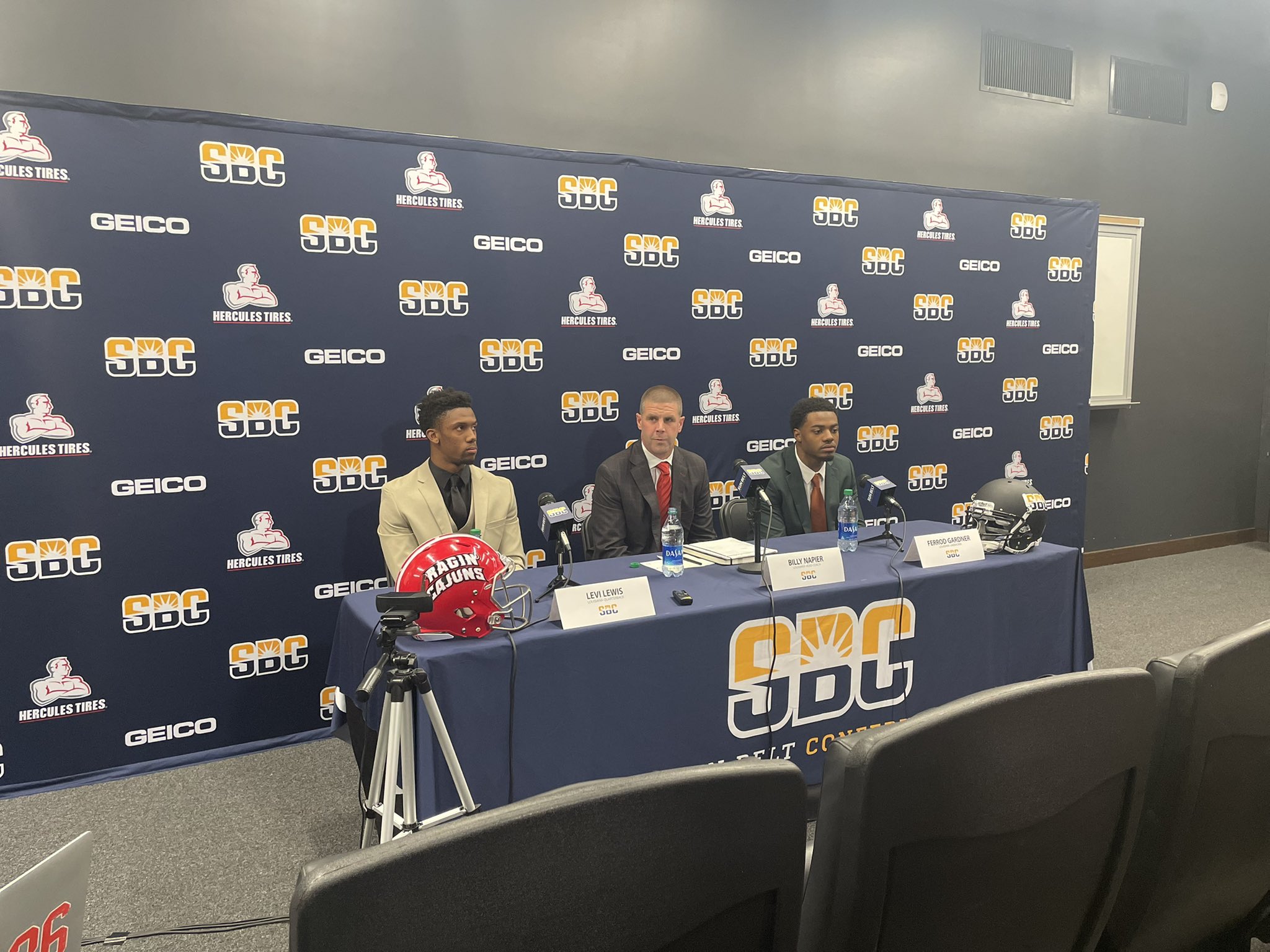 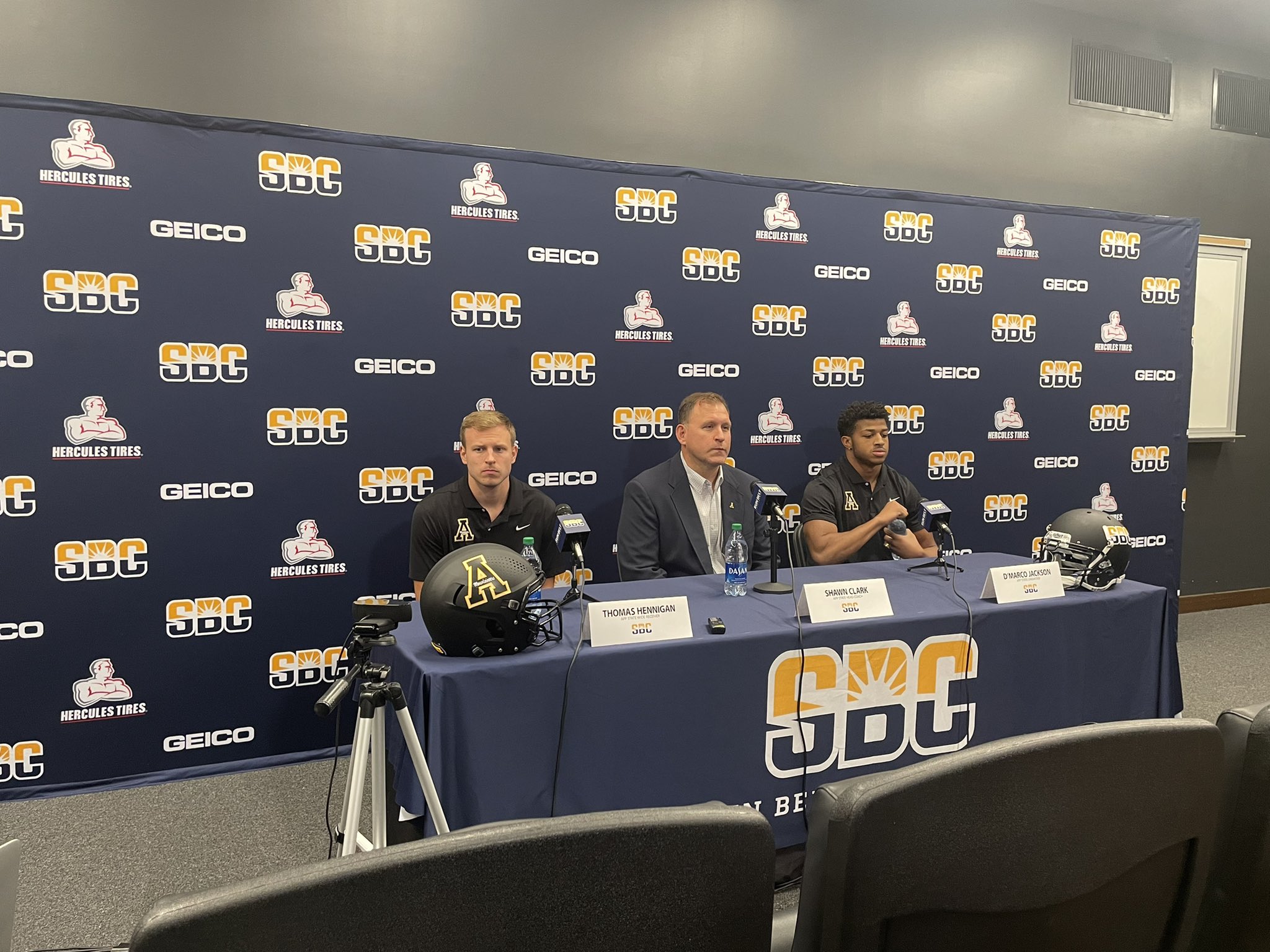 This matchup will be the same it always is: physical, smash-mouth, win it in the trenches style of football. Since the league instituted a championship game, these two programs will have played in it three out of the first four years after Saturday for a reason: they’re the best in their respective decision. However, with everything that goes into this game, it feels like Louisiana’s turn to lift that trophy. The Cajuns need to dominate the line of scrimmage again, with the defense forcing a couple turnovers.