Conference USA's future is in crisis, and the solution is basketball.

To quickly recap the facts:

The list of programs that meet the first 3 requirements above is extremely short, and most of the programs that meet it will likely choose the stability of their current FCS conferences, rather than jumping into the uncertainty of C-USA. This has lead many to speculate that C-USA will likely fail to hit the 8 member minimum, and will dissolve, with its 5 remaining members becoming FBS Independents and joining other conferences for non-football sports.

However, this isn't the only possible future for C-USA. An alternative vision would be to drop football at the conference level, and build a regionally-focused non-football conference of strong basketball programs. All remaining members would transition their football teams to FBS Independent status, while their other sports continue to compete in the reconstructed conference.

Of the remaining C-USA members, WKU and La. Tech have relatively strong basketball programs, and Middle Tennessee has historically had a solid program, with highly-ranked teams as recently as 2018. WKU and Middle Tennessee are also located in a region with a large number of consistently good basketball programs that currently play in non-football conferences. This is a strong core to build a basketball-focused conference around.

The basic approach would be to build the "Atlantic 10 of the Upland South and Midwest" by inviting members from that region who have solid basketball programs, and aren't currently affiliated with an FBS conference.

As geographic outliers, it's likely that UTEP and FIU would leave this conference, and join non-football conferences in their respective regions (likely the WAC and Atlantic Sun, respectively).

The table and map below detail a possible 14-member conference that could be created by adding the strongest basketball programs from the Missouri Valley Conference, Horizon League, and the Midwestern outlier members of the Atlantic 10. 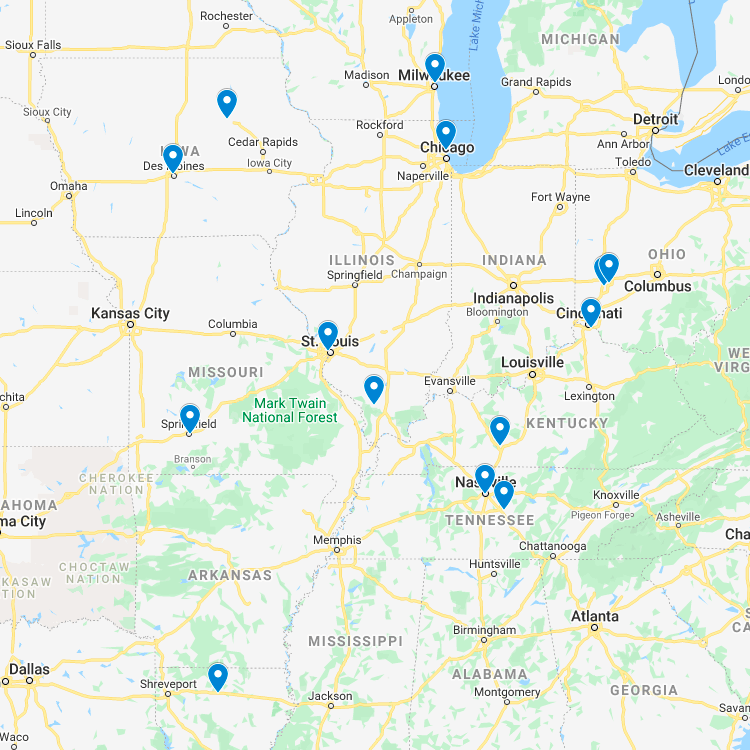 Map of C-USA after adding top basketball members from MVC, A-10, and Horizon League (click for interactive version)

The list above has 14 members, but in the (likely) event that some of them decline to join, the conference would be workable with as few as 8 members.

If the programs listed above don't join, there are a variety of additional candidates that could be invited to join a non-football Conference USA, including:

The maximal version of this plan (with top-tier teams joining from the Missouri Valley Conference and Atlantic 10) is a serious long-shot. There is a lot of uncertainty involved, so most programs would likely prefer to stay in the stability of the MVC and A10. At the same time, C-USA leadership will have a substantial ~$27 million war chest from the exit fees of departing members, which might be enough to pull this together.

A more scaled-back version of this plan (WKU, MTSU, La. Tech + top teams from the Horizon League + the non-football members of the Sun Belt) is also plausible, but would be dead if any of the 3 C-USA teams accepted an invite from an existing conference (e.g. La. Tech to the WAC, or WKU to the MVC). If top teams from the MVC aren't joining, the pitch to the Horizon League teams is much less compelling.

Despite the challenges of pulling it off, redefining as a basketball-focused conference may be Conference USA's best chance to survive and play on.