Sun Belt Commish Karl Benson is pretty much the coolest guy ever. He's about to get even cooler.

Sun Belt Commissioner Karl Benson is pretty much the coolest guy ever. He's very photogenic, which should be celebrated.

Karl is a role model for all humans, and undoubtedly will someday rule the entire universe with his sunglasses and bright polo shirt. First, however, Karl needs to gain complete control of the money machine we all know and love: football. 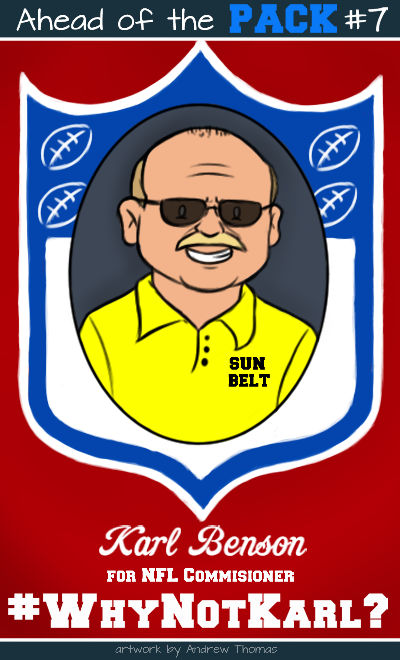 Despite Roger Goodell's claim that he will not resign, our buddy Karl is warming up a campaign to take over the big leagues. So why not let the greatest commissioner off all time take over the reigns?

We don't have many reasons why Karl shouldn't be elected NFL commissioner. #WhyNotKarl