UTSA, Old Dominion and Marshall have all shown off new uniforms for this season, some gorgeous and some ugly. Come feast your eyes on the new equipment and vote on the best look in our poll below.

Welcome back, Underdogs. Conference USA programs have been updating their wardrobes and we've been amassing all the changes. In our last uniform post, we took a look at LA Tech's, UAB's and MTSU's new threads. Today we have new offerings from UTSA, Old Dominion and Marshall. Be sure to jump into the poll below and let us know which program is going to look the most aesthetically pleasing in 2014. 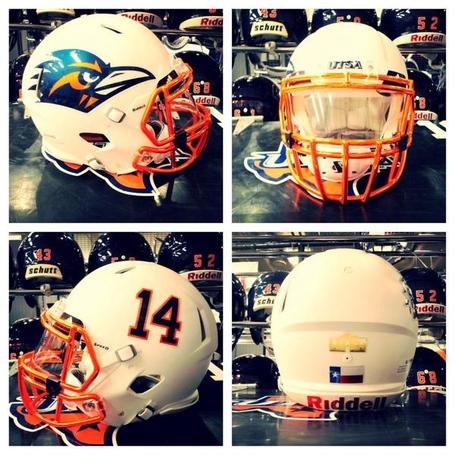 ::flame emoji:: ::100 emoji:: ::googly eyes emoji:: UTSA knocked this one out of the park. The Roadrunners made an unorthodox decision to abandon their mascot logo last season in favor of a stylized Texas cut out that had fans steaming. Before the Texas logo, UTSA was rolling with a busy design that tried to show off the mascot logo and the namesake simultaneously. Perhaps to spurn a reeling Darren Rovell, UTSA decided to forego the promotion of its #brand and just put out an attractive design that speaks for itself. Highlights here include an oversized Rowdy head, a three-dimensional "UTSA’ insert above a chrome face mask, and holographic Texas and Alamo stickers on the rear of the white matte helmet. The left-hand side of the helmet features navy block numbers outlined in orange, giving a traditional lineage to a very modern helmet. While there is a lot going on in this helmet, it never feels cramped or obnoxious. This is a big win for UTSA’s equipment staff. 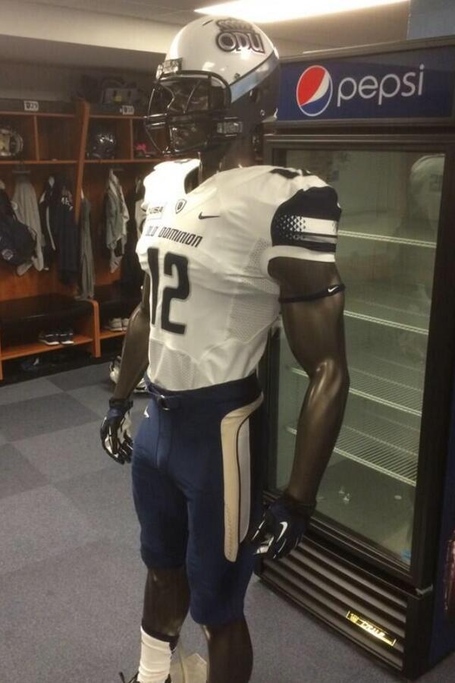 This is a very welcomed and attractive update for ODU. Here’s a link to the old digs for reference. Gone are the awkward hipster mustache chest and back accents of old, replaced by a much more streamlined jersey that feels a little generic but easy on the eyes. I love what ODU has done with their helmet, layering all four of the programs’ colors in a simple geometric arrangement. 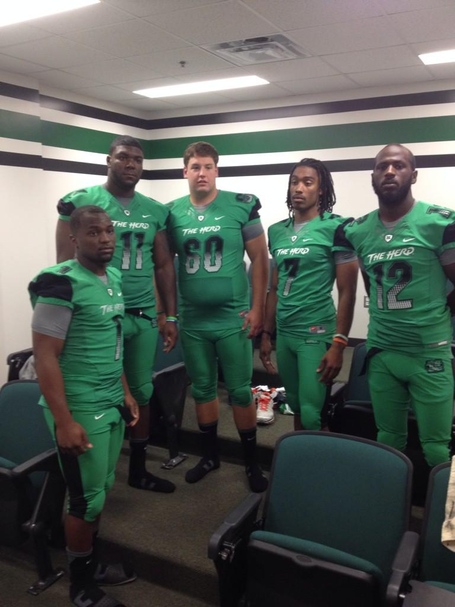 The Herd might have the easiest path to an undefeated season in FBS but if they’re going to march their way to national acclaim they will have to do so sporting one of the worst jerseys in America. Before the redesign, Marshall had a vintage, timeless look but decided to modernize their apparel, proving that not all change is positive. These two-tone, gradients numbers are an absolute disaster and will be a nightmare for broadcast teams. There is some debate over whether or not the strange design of the numbers are actually permitted by NCAA uniform rules. The NCAA rulebook states that

The jersey must have clearly visible, permanent Arabic numerals measuring at least 8 and 10 inches in height front and back, respectively. The number must be of a color that itself is clearly in distinct contrast with the color of the jersey, irrespective of any border around the number

I would argue that these numerals are not "clearly visible" even if both black and white are in "distinct contrast" with kelly green. Also the bylaw states that the number must of *A* color not of *COLORS* . I think this design would have looked fine had Marshall flipped the white side of the gradient to the top and surrounded the black side of the gradient with a white border instead of the inverse. Nonetheless, I sincerely doubt Herd fans will look back at this ten, eleven, maybe twelve win season and complain about some shoddy uniforms.

And a bonus post, because no one else will cover these poor guys. Southland FCS program University of the Incarnate Word, UTSA’s neighbor in San Antonio, will be sporting these beautiful helmets this season. The namesake logo is a bit awkward, but you’ve got to work with what you’ve got.

Take a minute to review the rest of the new uniforms that we have covered before voting in the poll below.