Share All sharing options for: C-USA Programs Unveil New Uniforms for 2014 (Part One)

All across the college football landscape freshmen quarterbacks look "college ready", the new coach is "really turning this program around" and bowl eligibility "won't be easy but totally attainable". Hope springs eternal in August, and athletic departments like to tap into that pool of optimism by unveiling uniform changes when fans are blissfully ignorant to how average their team will likely by this season. Let's take a look at the new digs we'll be seeing around C-USA this year.

Let's start things off with a FIRE BREATHING FOOTBALL HELMET as seen in the video embedded above. It even has dragon scales! Birmingham has seen some ugly football over the last few years but at least fans can be entertained by these bad ass jerseys. This uniform would have been perfect if the scales on the helmet ran all the way down the jersey but this is still a strong effort from the Blazers. Love the design on the sleeves and the white cleats. 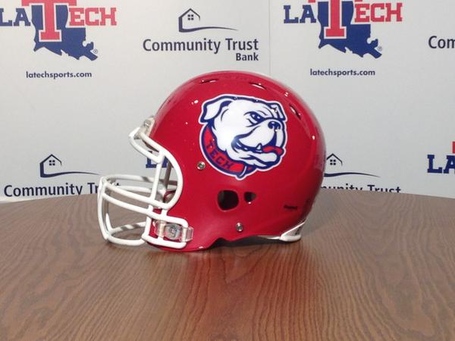 Here we have a retro-style red helmet from Louisiana Tech. The helmet is a return of their previously-seen red helmet that the squad has worn for years, but with the addition of LA Tech’s alternate bulldog logo. Skip Holtz is seeking to bring back the toughness that the bulldogs were once known for, and this helmet, with a tough dog on it, is a great symbol of that. This lid will look sharp paired with blue jerseys and red pants. Unfortunately Tech fans aren't very fond of the design. 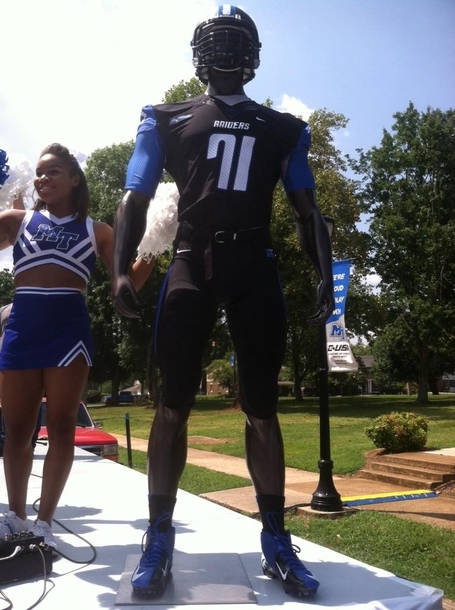 The 2014 season brings around a new wardrobe for the Blue Raiders. First up is MTSU’s black-out uniforms that feature a sleek swath of black that runs from the torso down to the bottom of the pants without interruption. The darkness is accented by plain blue sleeves and a blue accent on the side of the pants. My only beef with this uniform is the weird italic font on the numbers. I know Nike was going for a slick, modern look, but this font looks like it belongs on a Stevie Wonder tour poster, not a football jersey. 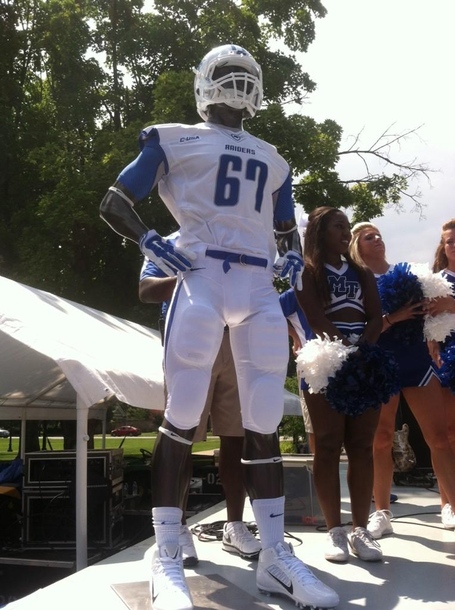 Generally speaking, I’m not a fan of white-on-white uniforms. Always felt too Storm Trooper to me. MTSU tries to break up the monotony here with a blue belt but it still feels a little bland to me. Some blue accent in the cleats would have gone a long ways to making these uniform a hit. 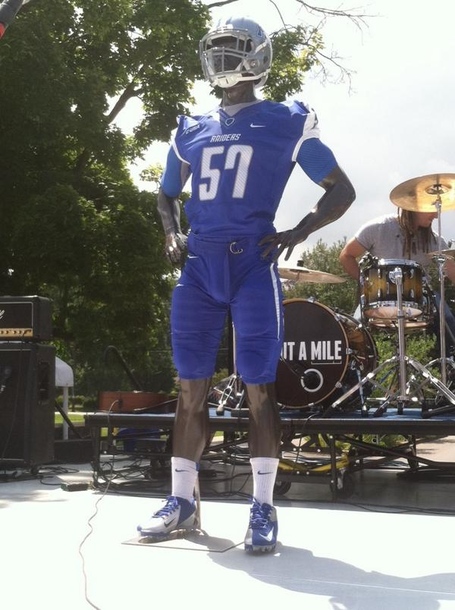 Lastly for the Blue Raiders is a solid blue-on-blue look. I'm a fan of the white shoulder end-caps that wrap around the arm. While I personally would have stuck with a white helmet here I approve of the decision to pair the helmet with two-tone cleats that pair well with the jersey and helmet. Middle Tennessee did a great job on their redesign overall.

Check back soon for part two of this series, including UTSA, ODU, and Marshall.