Introducing Steve and the 2014 Temple Owls

After a 2-10 struggle in 2013, the Owls could make strides in their second season under Matt Rhule. They return much offensive talent, and one of the most prolific tacklers in the country.

Share All sharing options for: Introducing Steve and the 2014 Temple Owls

Please allow me to introduce myself, I am not a man of wealth or taste. But I am a writer.

I graduated from Marist College in scenic Poughkeepsie, New York about a year ago. For all four of my years at the school I covered the Red Foxes' Division I sports adventures for all of the school's media outlets. Luckily for you, I'm not writing about Marist basketball here, because this blog would probably be very sad, very often. Instead, I'm writing about Temple football.

Temple is a program very much at a crossroads. As Bill Connelly expertly explained, Temple has fallen on hard times again, but they aren't nearly as hapless, helpless, or hopeless as the teams my generation and their parents grew up with. After struggling through the first month under their third coach in four seasons, Temple was, as Bill said "downright decent." The 2014 season for the Owls will be about growth, shattering the glass ceiling in the basement of the AAC, and becoming a team worth your attention.

But why should you pay attention? We've already gotten into what Temple football has been for the last few decades, but under second-year head coach Matt Rhule they are undeniably trying to break the mold they started to crack under Al Golden (and refill under Steve Addazio). There are a few reasons.

P.J. Walker is the future of Temple Football, for better or worse. The sophomore quarterback is heading into this season having held the reins of this offense since the Louisville game last season. Walker is a dual-threat quarterback who averaged 7.1 yards per attempt throwing the ball last season, and 7 yards per carry.

His most notable performances from last season came when he very nearly led Temple to an upset over nationally ranked UCF going 26/44 for 382 yards, 4 TDs and an INT, adding 41 yards rushing, as well as contributing 385 total yards in a 59-49 loss to SMU. These are games that, as Temple grows, will start to turn their way. After all, the defense will not always allow 39 and 59 points. If not for a last second Blake Bortles-to-JJ Worton touchdown pass (and ridiculous catch), the UCF upset would have been complete.

These games, where the offense was in full bloom, showed that the Owls were poised to grow into something more than a struggling AAC team, and it was Walker who was most responsible for the offense blooming the way it did.

Matakevich is the only Owl to make the first team on Phil Steele's preseason AAC squad. Beyond that, he's also been put on the preseason watch lists for the Bednarik, Butkus, Lombardi, and Nagurski awards. Matakevich was a beast for the Owls in 2013, making a hefty 16.5% of the team's tackles, and leading the nation with 8.8 solo tackles per game.

Matakevich will be a junior this season, and is the keystone in this team's defense. He plays "Will" linebacker in Phil Snow's 4-3 man-coverage-heavy defense, where he either blows up a running back or winds up in coverage against a slot receiver. As exciting as the offense stands to be with PJ Walker, watching Matakevich play this role on the opposite side of the ball could be even more entertaining this year.

OK, so that's two players, but what else is going to be interesting?

I'm glad you asked, reader. The Owls are a strong passing attack, and passing is what I love most about football. Marcus Satterfield likes to throw the ball all over the field, and P.J. Walker seemed up to the task in his freshman year and should only be getting better as a sophomore. Returning to the fold, he has Jalen Fitzpatrick (Sr.) and John Christopher (Jr.) who combined for 69 catches and 760 yards last season.

In the backfield Kenneth Harper comes back for his senior campaign following a season where he rolled up nearly 1,000 all-purpose yards. Behind him the Owls will have Zaire Williams (So.) who added a respectable 533 yards on 101 carries last season.While the defense doesn't look like it will be anything special yet, Tyler Matakevich has a chance to be a finalist during the awards season and will be really entertaining to watch. 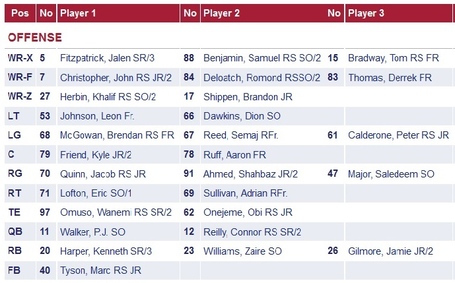 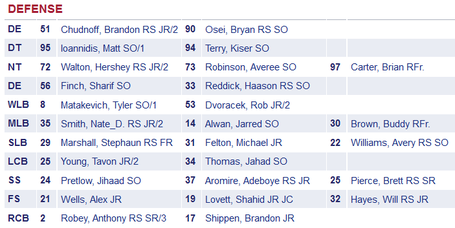 In my next post we'll look at the Owls' schedule and see what they need to do to finish .500 or better (Spoiler alert: A lot).