3:38 PM: Fans file out of the stands as four people with the facilities team unscrew the goalpost and pull it down for the fans.

3:39 PM: Players hug each other at midfield. As one of the cheerleaders runs the Marshall logo flag across the field, some players grab some of the other flags. One just grabs the ‘D' flag of the "GO HERD" flags and runs it across the field. 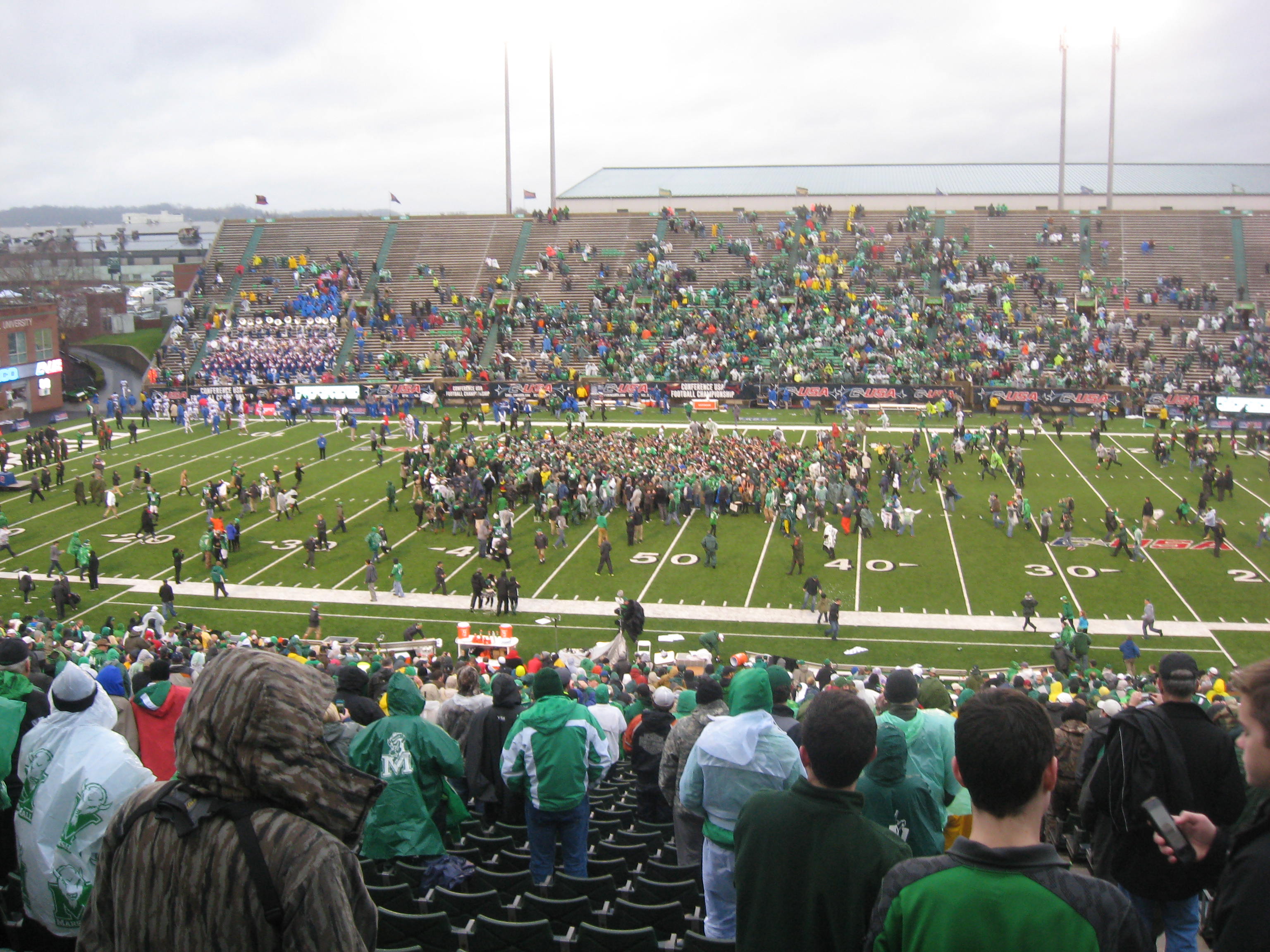 3:41 PM: As some fans head for the team on the Ohio River end of the stadium, students and about 30 other fans grab the downed goalpost and took it across the field, up the ramp, and across West Virginia Steel to be cut up and dispersed amongst the crowd.

3:42 PM: Marshall is officially awarded the conference championship trophy. Different team members hoist the trophy as Justin Haig is award the game MVP trophy from the conference. While some fans enjoy the festivities, some are just happy to head back to their cars and try to warm up.

3:44 PM: As fans file out of the stadium, the corridors are filled with the singing of We Are the Champions and chants of "WHOSE GOTTA HERD ON?" "I'VE GOTTA HERD ON!" The spotty rain that made up much of the second half has begun once again, but now it doesn't feel as cold. The attention now turned to where the Herd would be spending late December at the bowl game, but that was too far off. Now it was time to celebrate. 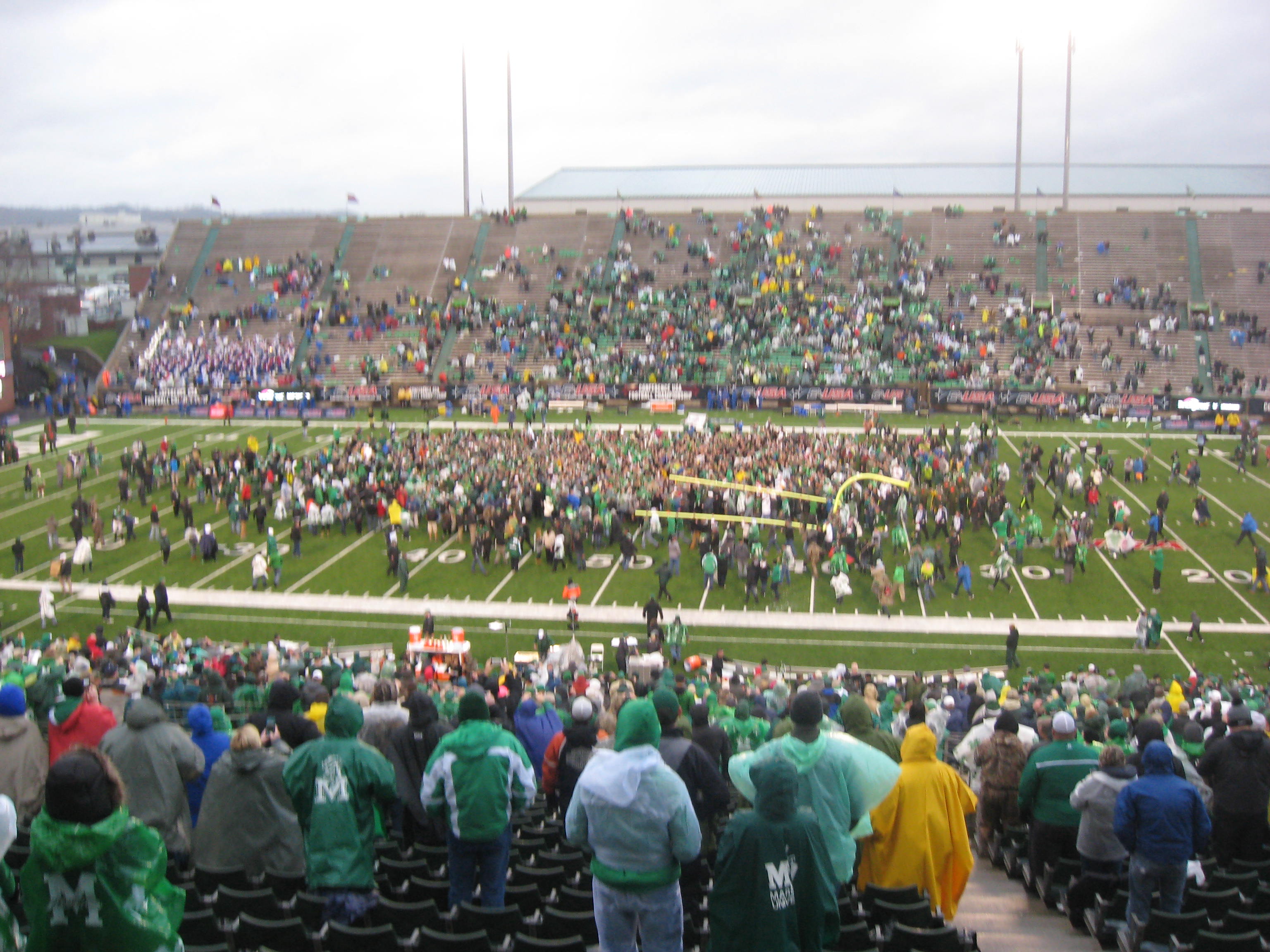