4:48 AM EST: Don't ask me why, but I couldn't sleep. A six-hour drive and I could barely get five hours of sleep. Coming from the central time zone threw off my time worse than it should have. I guess the excitement of being back in West Virginia for a Marshall championship game has gotten to me.

7:23 AM: The rain has been falling for 5 days now and doesn't look to be slowing up until the second half. The rain right now is falling harder than it has though. Leaving early is the only option to get to Huntington at a good time through the heavy rains coming in from Kentucky.

8:17 AM: I don't know if it's exactly why the Herd wins, but breakfast before the game at the Tudor's Biscuit World on 29th St East worked last time, so I'm not about to risk it. A peppy and a sweet tea is the perfect thing to warm one's soul before standing in the cold rain for hours on end. 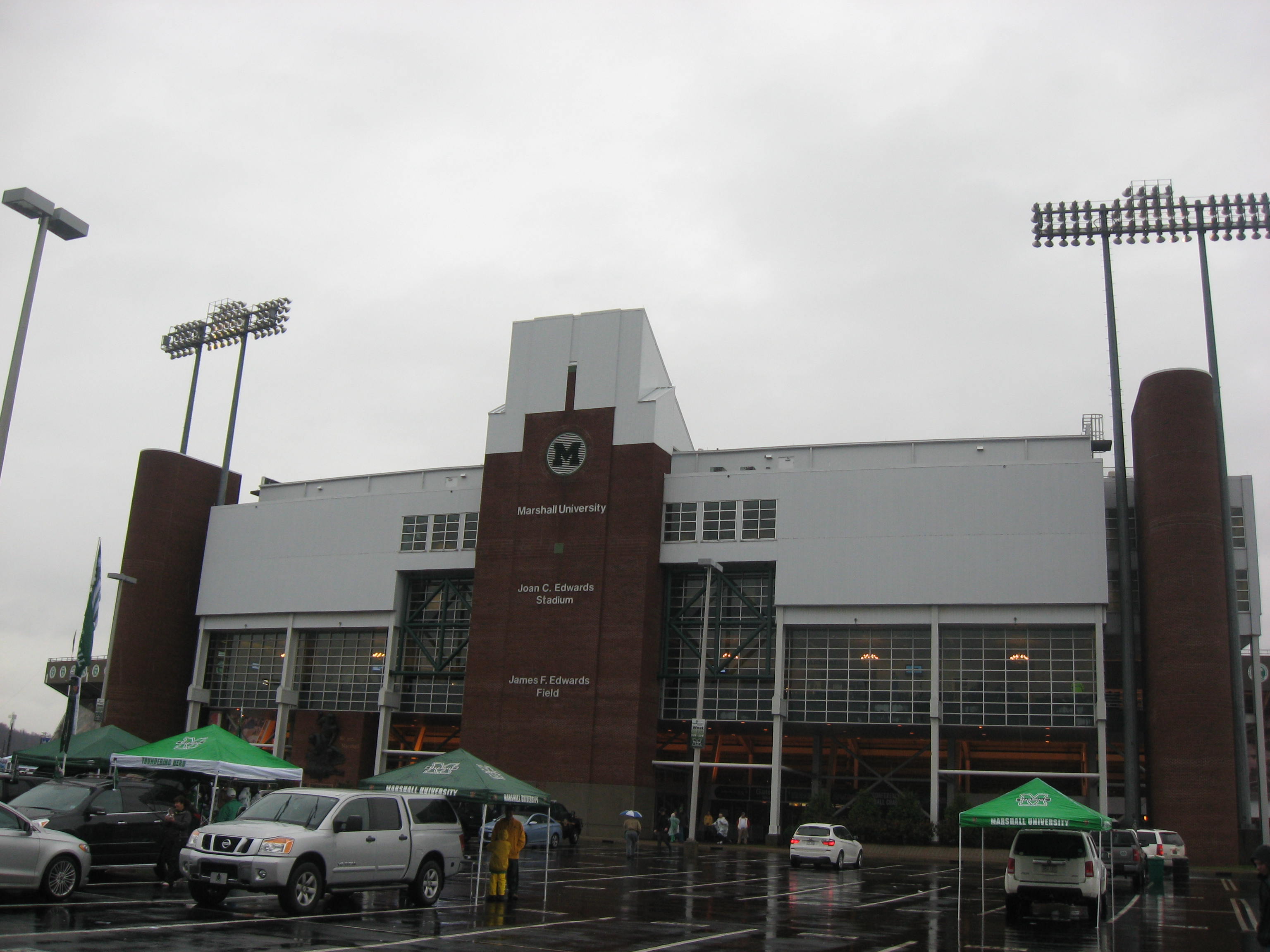 9:02 AM: Arriving on campus this early in the rain might not have been my best idea. Only small pockets of tailgaters have arrived just yet to start the day.

9:45 AM: With Marshall's "Thunder Walk" scheduled in 10 minutes, more tailgaters have shown up. With fans lining up, Huntington's drainage problems rear their ugly heads. Every 3-4 minutes a wave of rainwater runoff floods down the parking lot towards the drains along 20th St. If this an indication of water logged issues of the game, this is going to be an ugly, ugly game.

9:58 AM: Shortly after the sirens of the police escort bringing the Louisiana Tech Bulldogs down 5th Avenue and back up to the stadium sound, another set of sirens bring the Herd buses to the stadium. As the doors of the buses open, the Marching Thunder strikes up "Sons of Marshall" for the first time on the day. Kids reach out their hands as Doc Holliday and Rakeem Cato lead the team through the parking lot and into the Shewey Building to get ready for today's game. 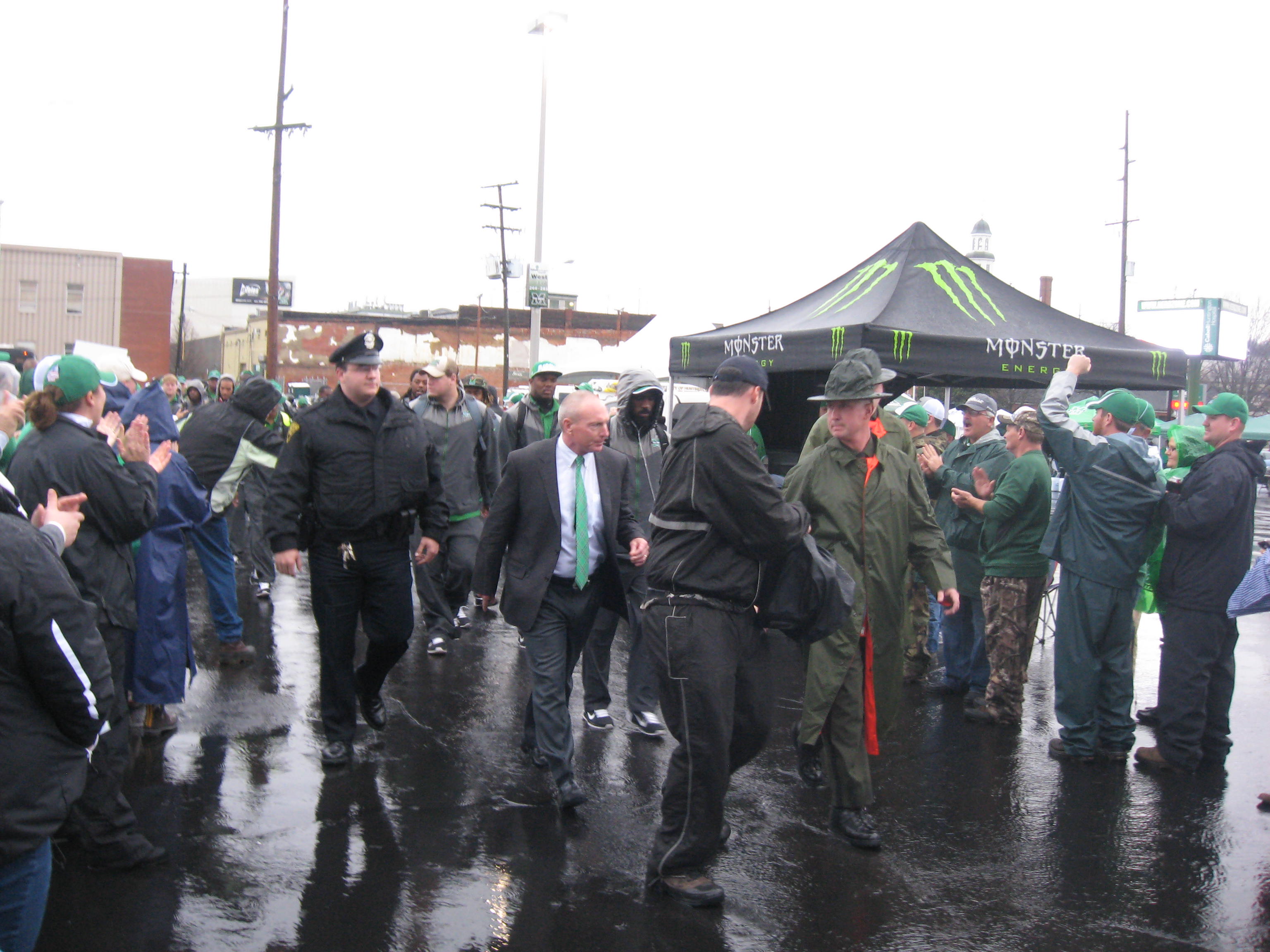 11:24 AM: While the rains have barely let up, more Herd fans have shown up to somewhat fill the stadium. Some fans have gotten a little jaded, not going to the championship game because of the rain, even though this is the first conference title game in 12 years at Joan C. Edwards Stadium. Despite the weather, the stadium is about 3/5th full with an announced attendance of over 23,000.

11:35 AM: The Louisiana Tech band is finishing up their pregame show. As they march off to small clap, they chant "Beat Marshall", turning heel on the crowd and get some raucous boos.

11:48 AM: The Marshall Marching Thunder has moved of center of the field as they make a "USA" for the national anthem. The Louisiana Tech band marches out next to Marshall to form a "C-". The band's play the anthem en masse. 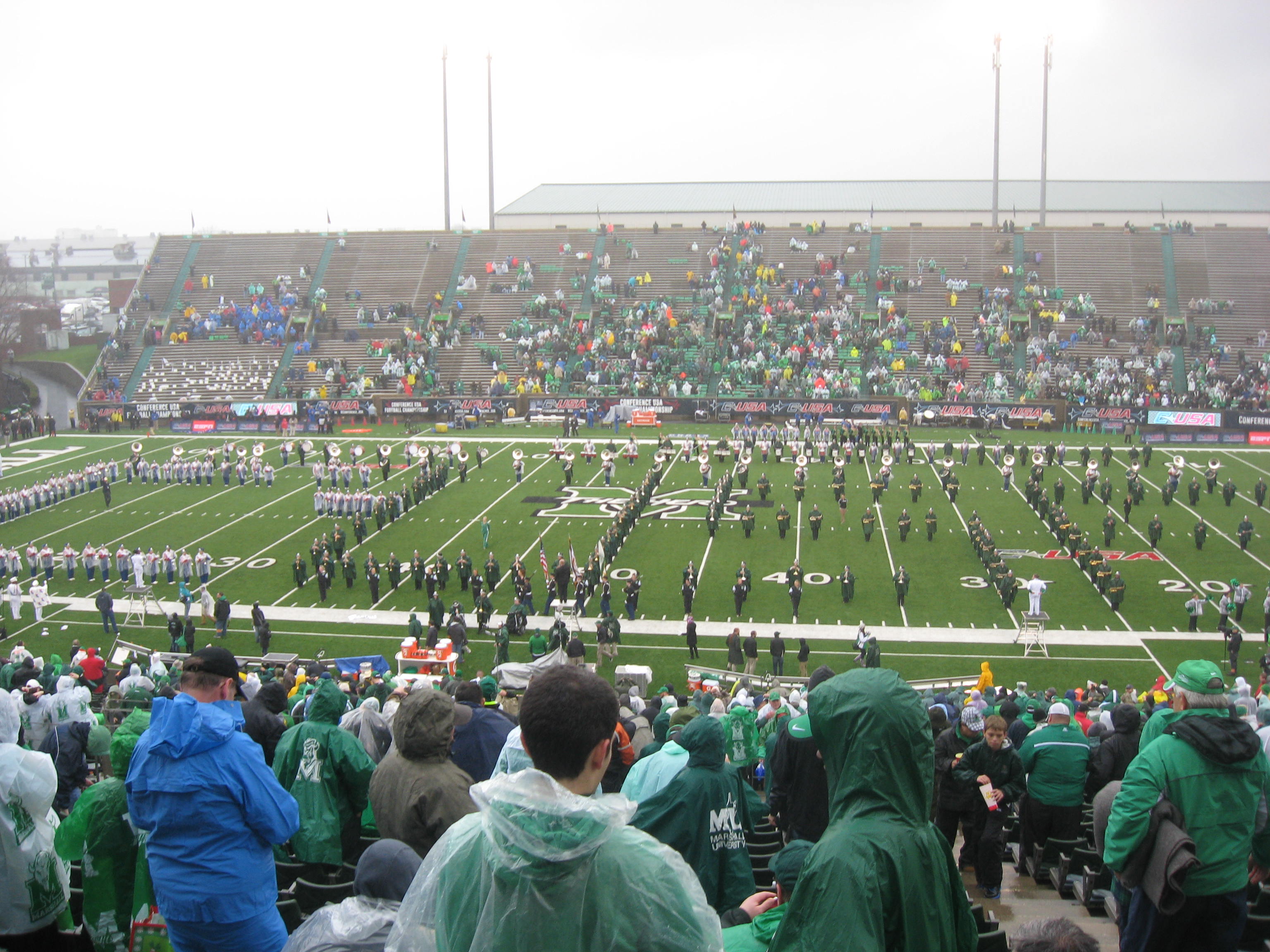 11:55 AM: Four fire extinguishers fire off on the top side of the field as the stormtrooper-looking Louisiana Tech Bulldogs emerge from the visiting locker room and come down the ramp. It seems to take them forever to come down the asphalt ramp and finally run out.

11:57 AM: As the cloud from the Louisiana Tech entrance continues to try to dissipate in the cold, wet atmosphere, fire extinguishers begin to fire off from in front of the giant inflatable Marshall logo. The Thundering Herd emerges from the inflatable to a loud cheer from the crowd at Joan C. Edwards Stadium. 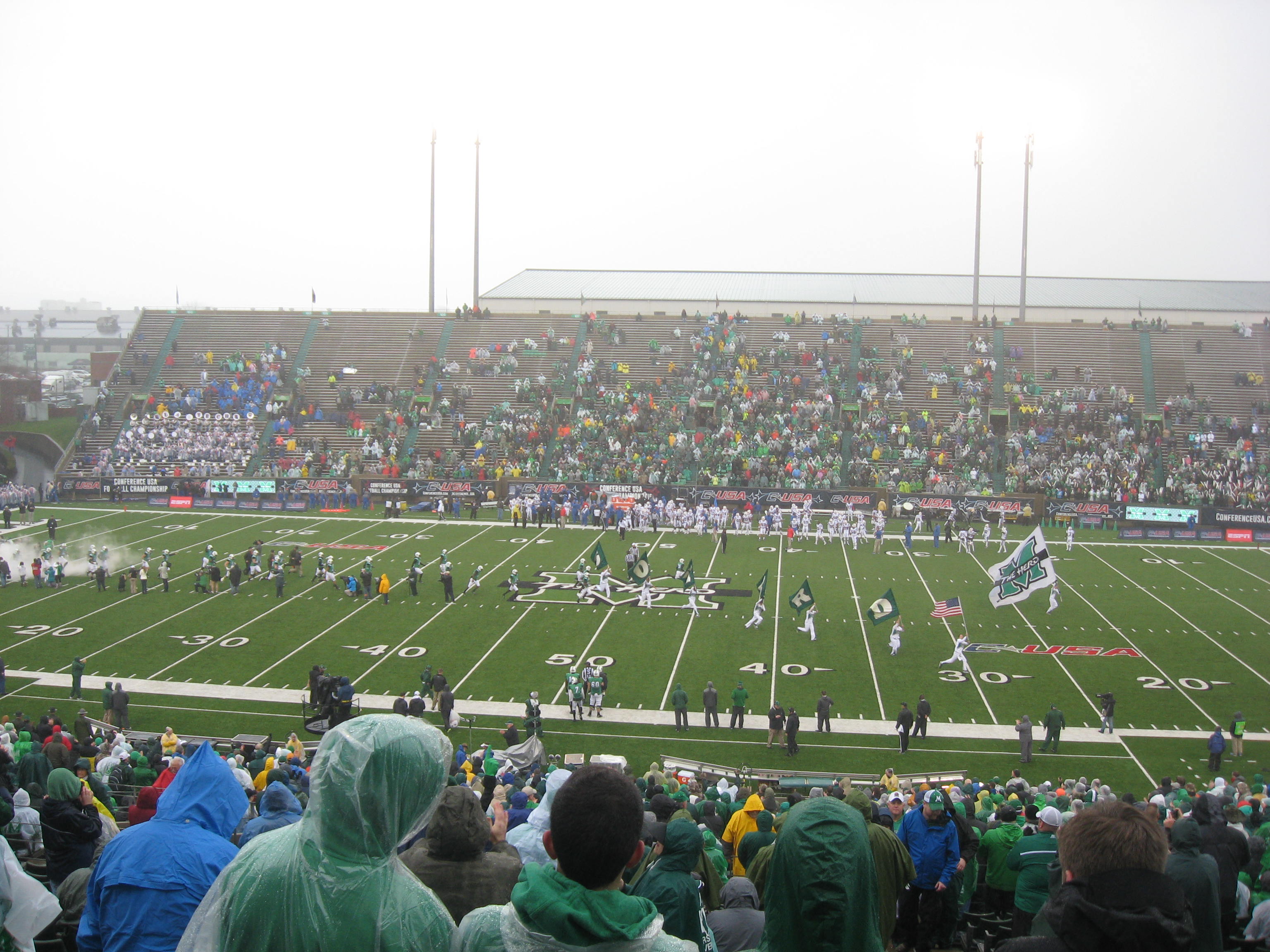