Now this is a movement everyone can get behind. Georgia Southern fans, whose team is locked out of the post season as it transitions to FBS, are working to make a change. That change is a bowl game for their 7-2 Eagles. 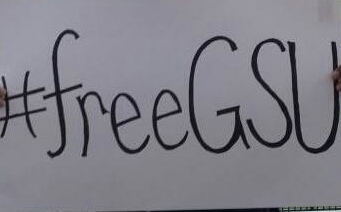 "Acknowledging the fact that the Georgia Southern University (Statesboro, GA) football team is in its second year of a two year transition process from the Football Championship Subdivision (FCS) to the Football Bowl Subdivision (FBS) and is ineligible for postseason play except under specific conditions,

Keeping in mind that Georgia Southern competes in the Sun Belt Conference which has bids for the New Orleans Bowl (New Orleans, LA), Camellia Bowl (Montgomery, AL), and the GoDaddy Bowl (Mobile, AL),

Respecting the institution that is the National Collegiate Athletic Association (NCAA) and its rules and bylaws,

Recognizing the hierarchy in the NCAA rules for determining bowl eligibility,

Understanding the intent of the aforementioned hierarchy while disagreeing with its application,

Recalling that schools in transition generally do not experience high levels of success during the transition,

Concluding that the Georgia Southern Eagles have proved themselves worthy of postseason play,

1. Calls on the NCAA to grant the Georgia Southern Eagles a waiver allowing postseason eligibility,

2. Asks the NCAA to consider revising the rule at issue so that future teams are not punished for their success during the transitional period,

3. Trusts the NCAA to use good judgment and reach the correct decision in a timely manner."